Over the past few years, the mobile app development industry has seen a huge rise in the demand for skilled developers. It’s no secret why the industry has seen massive growth. More and more people are using their smartphones to execute daily tasks. From working to shopping, the number of people who use mobile devices to access the internet continues to peak. Even simple tasks like buying a cup of coffee can be done on-the-go. Blockchain technology not only makes these transactions possible but also provides security for your most important information. Mobile app development is just one type of project a blockchain developer may undertake. With the rate of growth for mobile apps, it is currently the most important focus in blockchain development.

The Demand for Blockchain Solutions

The demand for blockchain programming skills was on the rise as we said goodbye to 2017. Blockchain developers ranked second among the top 20 fastest-growing job skills in 2017, showing a 200% growth from the second to third quarter of the year.  That demand continues to see rapid development in 2018 as technology changes. Because blockchain code is used in more and more applications.

While the demand for blockchain implementation is strong, finding developers to meet this demand is not always easy. That’s because blockchain talent is both on the rise and hard to find. Blockchain’s original association was with the world of finance. Its connection to cryptocurrencies has caused many to view the technology as one that is reserved for the investment industry. There are also companies that are completely dedicated to building blockchain applications. But the demand for the electronic ledger is much broader than cryptocurrencies. This demand has led to a buzz in the business world centered around everything blockchain.

Blockchain development is certainly a major asset to the financial industry. The technology provides several benefits to help reduce fraud, improve liquidity, and free up capital to improve the way financial businesses navigate their systems. But, finance isn’t the only industry where blockchain architecture has gained steam. Blockchain developers have implemented the technology in other industries as well. It seems wherever the technology has been tried, one thing remains consistent, it is effective in driving businesses forward.

The retail and manufacturing industry, for example, uses blockchain to enhance supply chain management and provide better quality control. Be it digital currencies or smart contracts blockchain allow those in the retail industry to create, verify, and enforce the negotiation of digitally simplified contracts. For the manufacturing industry, that means improved tracking for products. Even the healthcare industry is using blockchain to enhance productivity and effectiveness. Personal medical records can be accessed with authentication across the healthcare industry. Blockchain ensures that personal medical information is encrypted and protected to help providers and patients ensure HIPPA compliance.

Even government businesses benefit from blockchain. The technology can help increase transparency with government officials. Government money can be easily traced to unveil how every dollar is spent. Municipalities can use blockchain to track asset registration, reduce fraud, and curb operation costs. While blockchain technology will not be beneficial to every business operating today, there are many other industries that will see a vast improvement when they implement blockchain. These include:

The technology has not only changed the way many companies handle their data, it has also transformed the way developers can create, market, and sell software. The software development industry has seen a massive change since the implementation of the blockchain. Small time software developers can eliminate the need for third-party payment systems, like PayPal, that charge a percentage fee on every transaction made. Larger businesses can use blockchain technology to manage sales and inventory and enhance record keeping. The explosion of blockchain is a force that is taking on industries of all kinds. There is no telling where it will go, but it is going forward.

Hundreds of companies are beginning to use blockchain applications. In the world of finance and financial technology, blockchain apps are turnkey. But the technology has many other uses as well. Before we jump into the most popular blockchain app on the market for cryptocurrencies, let’s look at the most interesting uses of blockchain today.
Beyond digital money, blockchain being used in these unique ways:

As new uses for blockchain technology push many businesses forward, its use in the financial world becomes increasingly mainstream. Cryptocurrency users have relied on developers to create efficient apps for managing their digital assets. Developers have responded with some of the best cryptocurrency apps, including: 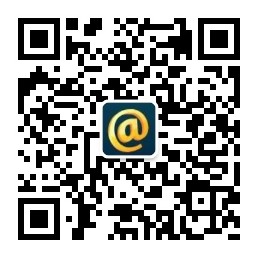